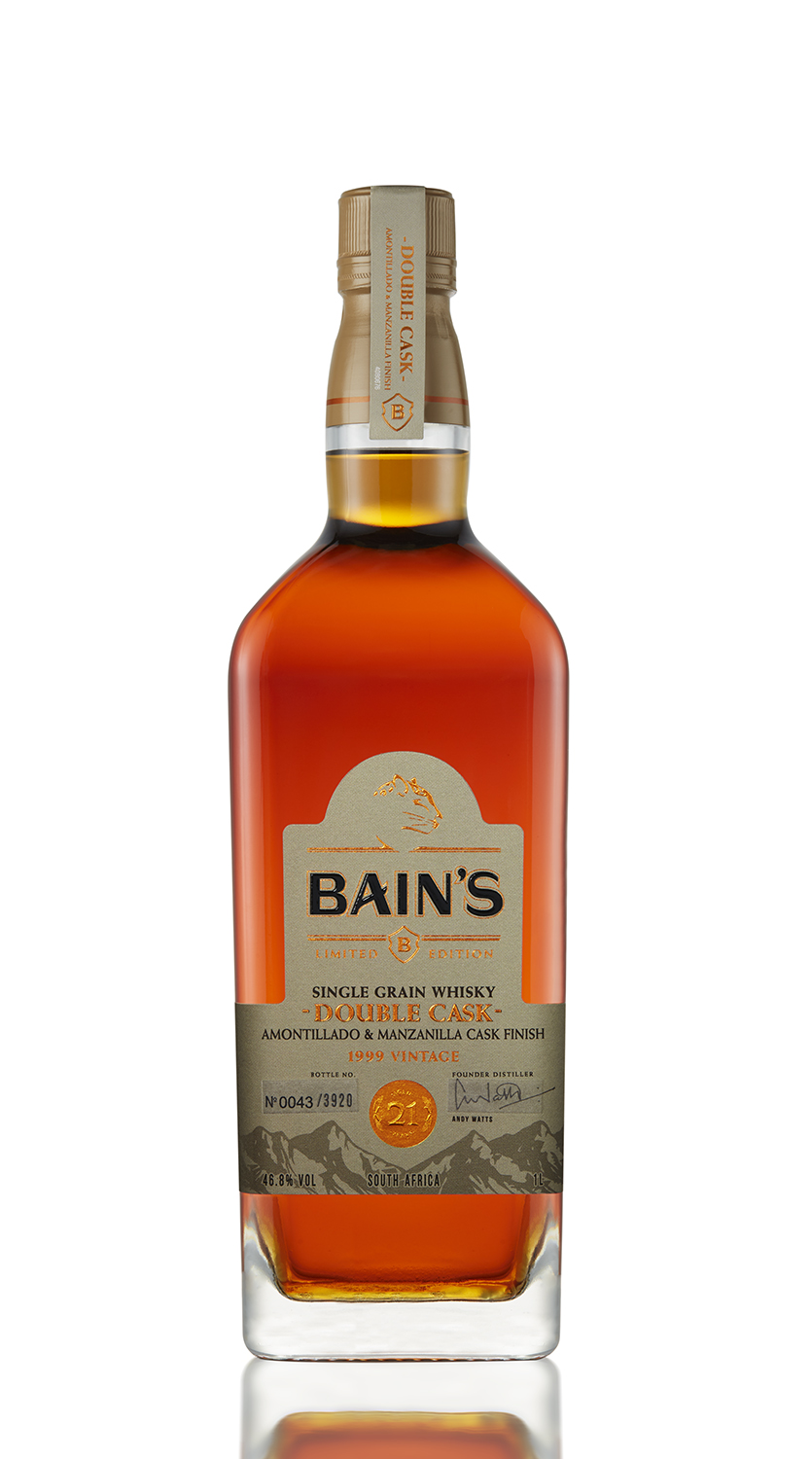 Bain’s 21-Year-Old Double Cask, the first cask strength whisky to be released in South Africa, is described as an elegant expression of the world’s best grain whisky, seasoned in ex-sherry casks. The whisky started life as Bain’s Cape Mountain Whisky and spent an additional 10 years in older American oak casks before being transferred to seasoned Amontillado and Manzanilla sherry casks for a final six years of maturation.

Only three of each sherry cask were selected for the final whisky, which is a rich amber color. The liquid reveals complex layers of fruit and spice from the seasoned sherry casks which blend with the sweeter notes of the single grain whisky.

The whisky, available in a 1L bottle, is non-chill filtered and bottled at 46.8%abv.

Andy Watts, Distell Head of Whisky Intrinsic Excellence, said: “Innovation is vital in our industry and although I have crafted many cask finishes, the combination of two different cask finishes is a first for me. This, coupled with the fact that the whisky is the oldest Bain’s release to date, makes for an exciting product launch.”

Bain’s Cape Mountain Whisky is made at the James Sedgwick Distillery situated close to the foothills of the Bainskloof Pass, in the Cape Mountains.

Sustainability is an integral part of the approach taken at the distillery. As the only commercial whisky distillery in Africa and one of only a few in the world where both grain and malt whisky is distilled, protecting natural resources is central to every decision taken by the distillery team.

Sustainability initiatives include recycling spent grains for animal feed and collecting the carbon dioxide created during fermentation for use in carbonated drinks. Waste water is also treated on-site.