Kiyokawa Co Ltd is a blender and distiller based in the mountains of Nagano Prefecture, near Iiyama city, Japan

Fraternity Spirits World, the Costa Rica-based drinks developer with a representative office in Mexico which is best known for supplying innovatively packaged spirits such as Corralejo tequila in travel retail, has added a distinctive new brand to its portfolio: Nobushi Japanese whisky.

Nobushi is a craft spirit made by Kiyokawa Co Ltd, a blender and distiller based in the remote and picturesque mountains of Nagano Prefecture, near Iiyama city, where untouched scenery depicted in popular Japanese songs can be found. The distillery is located amid the region's rich natural landscape where a unique history and culture have flourished. This area is known for its fierce winters and heavy snowfall, followed by a hot summer climate.

These big atmospheric pressure changes follow through the seasons, with high variations even being seen in a single day. As a result, the whisky represents more of the barrel's wood flavors and natural color. Kiyokawa's commitment to craft production results in distinctive expressions of Japanese whiskies.

Importantly, Kiyokawa was the first to bring the art of distillation into the region, and was the first Japanese distillery to develop and grow mountain barley on its own farms as the main ingredient for the production of Japanese single malt whisky. 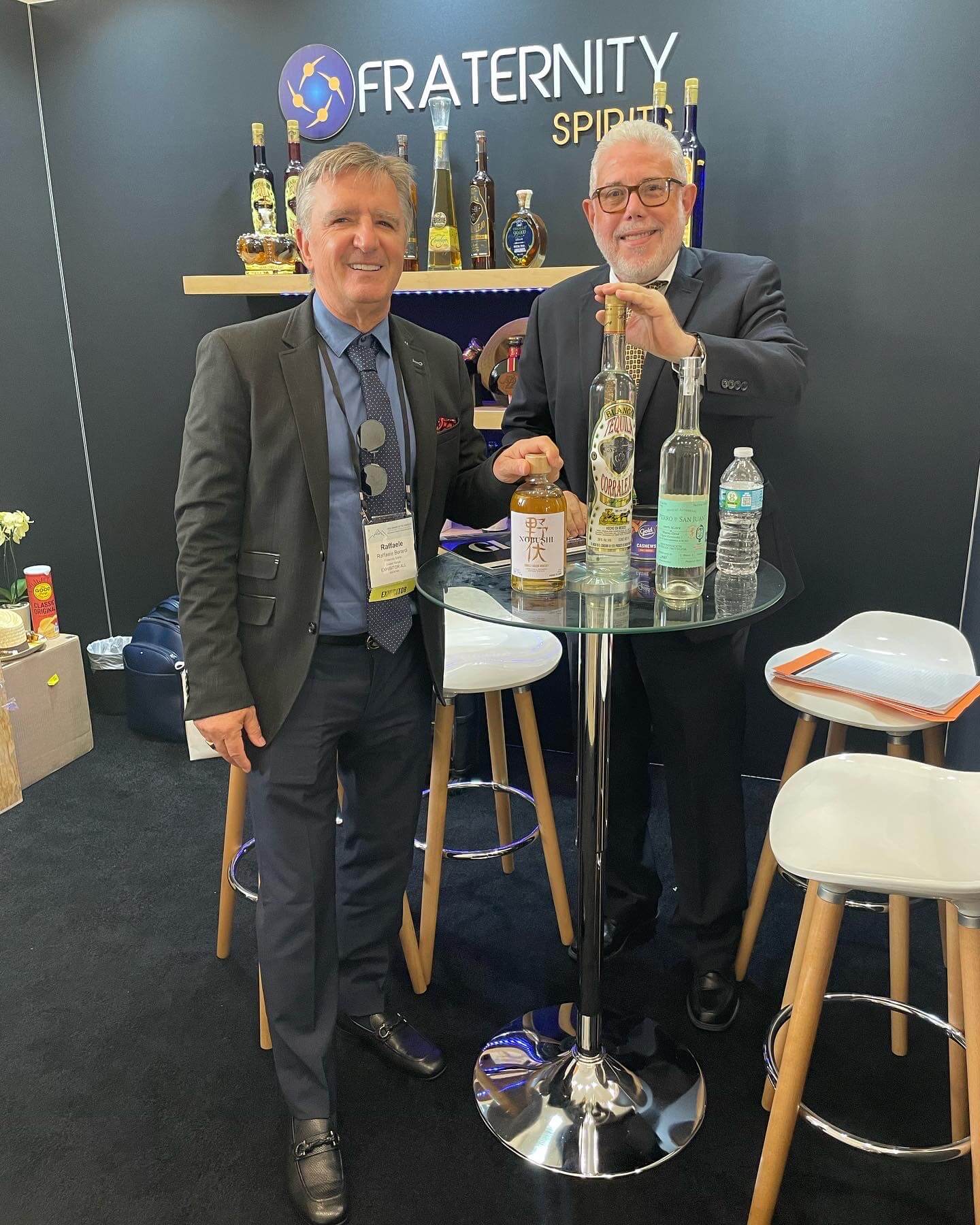 This new brand therefore has a unique story to tell, as Raffaele Berardi (pictures on the left), the owner, founder and CEO of Fraternity Spirits World since 1994, can attest. Recalling how the Japanese whisky venture came about, he tells Global Travel Retail Magazine: “The distillery began production in the mountains based on the deep knowledge of the region and the love for quality spirits. We started to create the brand a few years ago and today it’s distributed all over Europe.”

And not just Europe. Thanks to Fraternity Spirits World’s existing network, Nobushi is also distributed globally in domestic markets across the US, Canada, Mexico, Central America, India and Dubai, and distribution is starting now in South America and Asia. “Asia and Australia are top of our list. We will expand to countries including South Korea, Thailand, Hong Kong, Vietnam and Singapore.

“We’re very excited about the brand, it’s been very successful, and the category is well accepted,” enthuses Berardi.

Nobushi’s international success has not been without challenges, as the brand was launched in 2019, just before the outbreak of COVID-19. The pandemic stopped the process of travel retail expansion – but now it’s full steam ahead in this channel, with distribution starting in Central and South America, including Colombia and Panama, and Dubai. 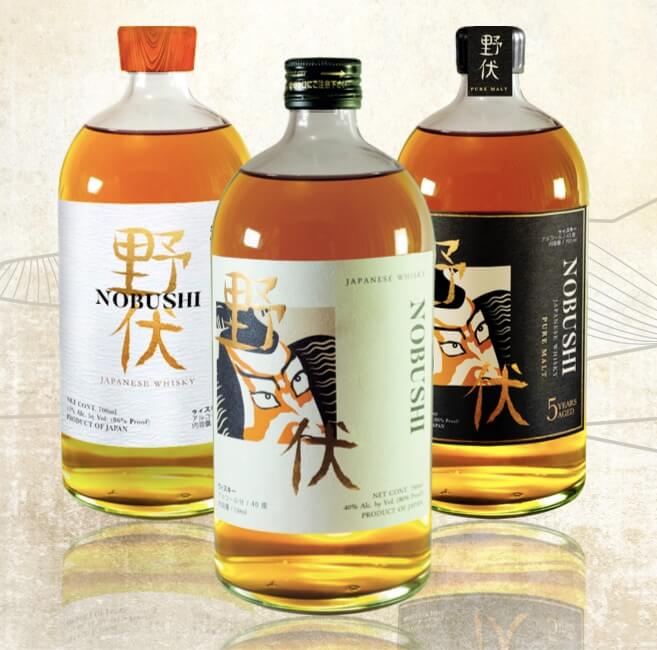 Berardi points out that Nobushi Japanese blended whisky is targeted at the “accessible, mainstream” price point of around US$40-50. The company also offers a single grain whisky and a pure malt expression under 5 years old, ranging from US$60 to US$90. A new 5yo pure malt will be launched at the end of this year.

Commenting on the potential for Nobushi whisky, Berardi says: “When you look at the competitor market, there is a huge opportunity. We’re working with the only mountain-based distillery that produces its own malt in the mountains – no one has ever done that before. This is one of the most significant facts about this brand – the higher-altitude, mountain-based crop is used in the distillery by the master blenders, and the local water is pure and high in minerals. It’s a unique product.”

Nobushi is present in the Japanese domestic market, where it competes with the major brands, but it’s the exposure in the international market that interests Berardi. “We want to make the brand visible in the rest of the world. It’s a relatively new brand that is new to travel retail, and we’re looking forward to expanding in travel retail.” 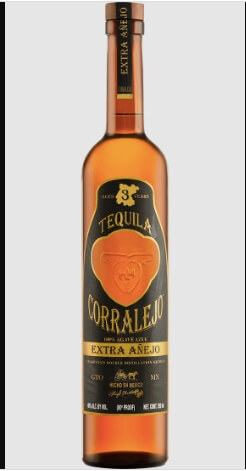 The market for this Tequila Corralejo Extra Anejo is “exploding” in the US, says Fraternity Spirits World CEO Raffaele Berardi

Turning to the Mexican tequila brand Corralejo, which Fraternity Spirits World has supplied to travel retailers for many years, a high-end heritage line has been developed, comprising 1810, 1821 and 1755 expressions. These ultra-premium tequilas are all related to the history of Mexico and Hacienda Corralejo and have been launched only in the US domestic market due to the limited supply.

Also new – and available in the travel retail channel – is Tequila Corralejo Extra Anejo (40%abv), retailing at US$78, which was launched at the beginning of this year and is doing “extremely well”, according to Berardi, particularly in the US, where the market for this high-end tequila is “exploding”. “This unique liquid and the bottle are very attractive to the consumer,” he says.

Fraternity Spirits World is hoping to replicate this success with another brand new product in a unique bottle from the Hacienda Corralejo group – namely, a Mexican 100% malt whisky called Ley Seca (“dry law” in Spanish), referring to the 1919 Prohibition that banned the production of liquor in the US and resulted in the smuggling of spirits across the Mexican-US border. The whisky is distilled in a separate facility from the tequila factory and will be launched worldwide in June 2022.

Additionally, Fraternity Spirits World also recently introduced to the US market a Corralejo tequila product made with a higher agave sugar content, bottled at 40%abv. This smooth, sipping tequila has a sweeter taste and is already available in Mexican travel retail.

As for Ron Prohibido, Berardi reports that the Mexican rum brand is performing very well in Europe, Canada, Mexico, Australia and Japan, and Fraternity Spirits World recently extended its distribution to Italy.

Berardi acknowledges the uncertain global outlook as inflation looms on the horizon, and as business in Russia and Ukraine has stopped due to the Ukraine invasion, but he remains positive. He believes tequila is becoming more attractive, both in the US and the rest of the world, and he is planning an aggressive roll-out over the next few years for Nobushi Japanese whisky, particularly in the US, Latin America and Australia.

So, what is Berardi’s recipe for success? “First, quality. Second, differentiation from other products, and third, the unique packaging.” It sounds as simple as sipping tequila.