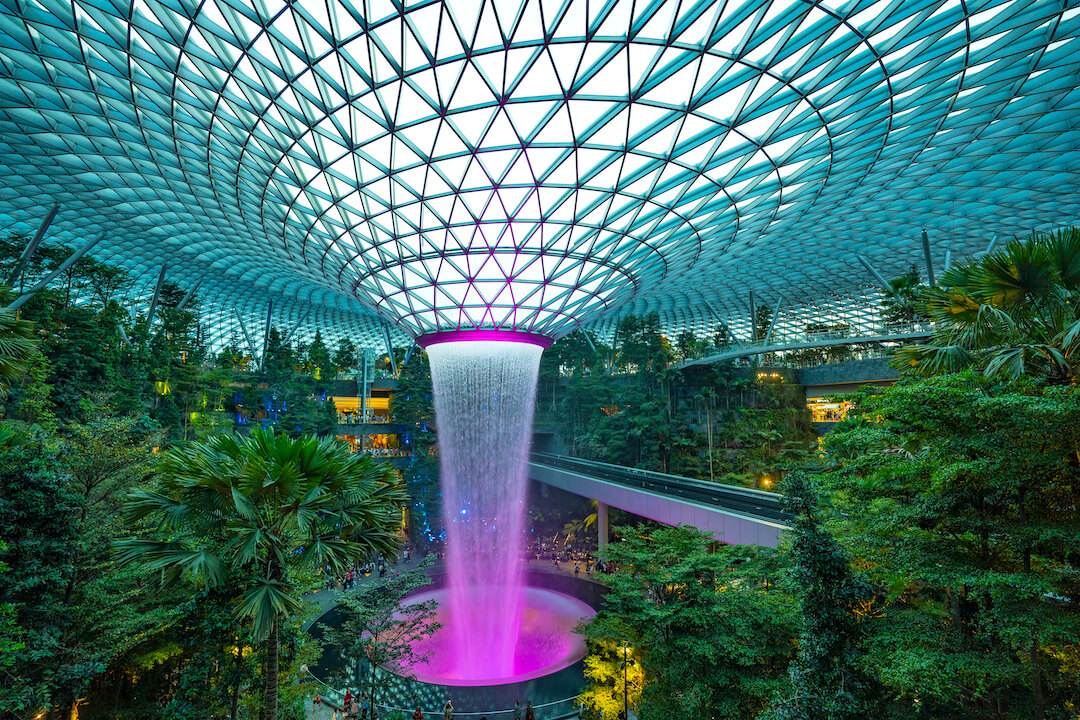 Air ticketing data company ForwardKeys has revealed a surge in flight bookings from and to Singapore on December 22, 2021. This surge was reportedly a reaction to the upcoming suspension of Singapore’s vaccinated travel lanes (VTLs), which was implemented to curb the spread of the Omicron variant.

Singapore introduced these VTLs to allow vaccinated travelers from up to 24 countries at the program’s peak, to enter Singapore with a series of tests as opposed to quarantine. 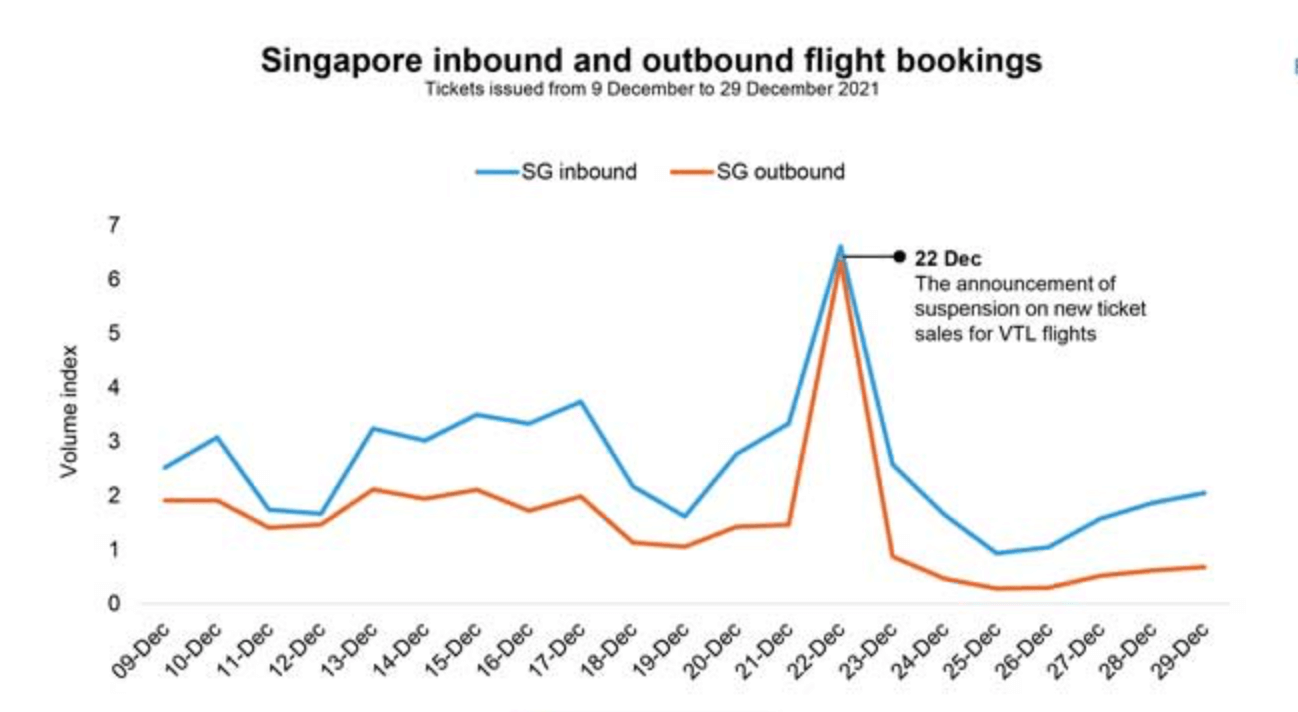 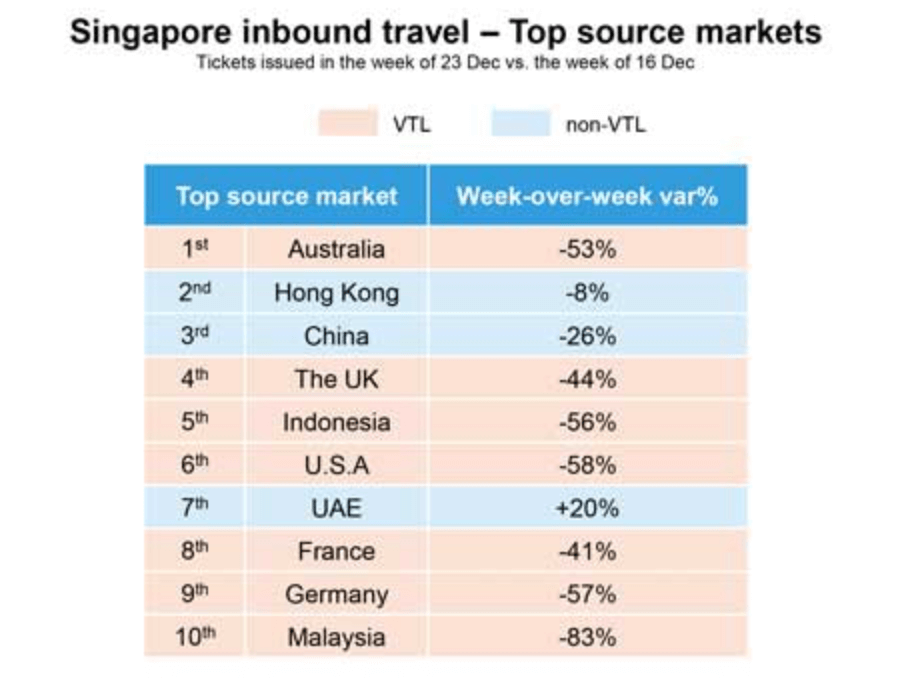 Conversely, during the first week of the VTL freeze, December 23-29, tickets issued for inbound travel fell by 51% and outbound fell by 76%, compared to the week before. All of Singapore’s top-ten source markets dropped in the double digits with the exception of Hong Kong, which dropped 8% and Dubai, which actually increased 20%.

The top ten destination markets showed an even greater decline during that week with the exception of the Netherlands, with an 11% increase. 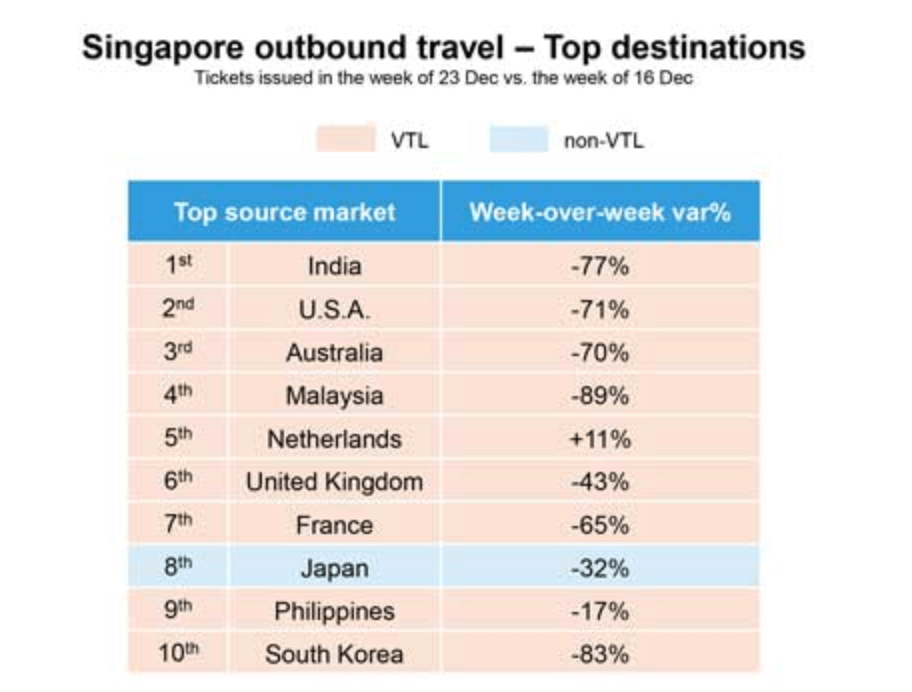