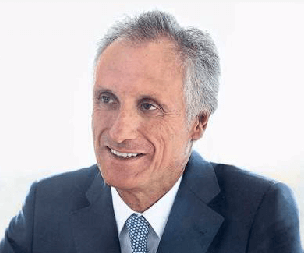 "The third quarter has trended further upwards and gives us confidence for the ongoing reopenings and growth opportunities beyond” - Julian Diaz, CEO of Dufry Group

Dufry has reported its third quarter 2021 results, boosted by a rebound of travel, predominantly in the Western hemisphere.

Performance during Q3 continued to be driven by the US and Central America & Caribbean businesses, and significant progress across EMEA with all regions contributing positively.

Dufry said further progress was made to align concession fees to the pandemic situation, with minimum annual guarantees (MAG) reliefs for 2021 expected to reach CHF 1,059.6 million ($1,161 million), including the law amendment in Spain.

Savings scenarios for 2021 are expected to reach up to CHF 1,870 million ($2,049 million) compared to 2019, considering reliefs of MAG, personnel and other expenses.

Julian Diaz, CEO of Dufry Group, said: "The third quarter has trended further upwards and gives us confidence for the ongoing reopenings and growth opportunities beyond. We have seen continued progress in the US and Central America including the Caribbean Islands. The most significant uptake was reported across Europe, Middle East and Africa as vaccination campaigns have been progressing and authorities have started to focus on an alignment of travel protocols and the practicality of measures.

“For October, we are already trading at a level of 60.6% of 2019. We have more than 80% of our shops open – only considering reopened locations, our trading reaches around 75% of 2019 already. Looking at the most progressed regions, we are even relatively close to normalization. For example, Central America & the Caribbean trades at 90.4%, Mediterranean, Eastern Europe and Middle East at 89.1% of 2019 levels.

“The fourth quarter will naturally see some outflow related to the seasonality of our business, but we are nonetheless in a position to further upgrade our cash flow scenarios for the second half. We are now expecting to have a cash inflow of around plus CHF 125 million ($137 million) in the second half of 2021 in a minus 55% turnover environment for the full-year 2021 compared to full-year 2019.”

He continued: “Dufry’s cost management is clearly supporting this positive development. We are expecting to overachieve our overall cost savings target for 2021 of initially around CHF 970 million ($1,063 million) and are estimating now to reach around CHF 1,870 million ($2,049 million) savings for full-year 2021, compared to 2019.

“We continue with our close interactions with our landlords and airport partners to find viable solutions for the significant drop in passengers since last year, and we have also seen an alignment of concession fees to passenger numbers. Further reliefs of minimum annual guarantees were achieved, acknowledging the severeness of the situation travel retail operators and other concessionaires are operating in.

“Our net debt position stands at a similar level as in September and December 2019 pre-crisis, and liquidity increased to CHF 2,347.8 million ($2,573 million). Our financial position gives us the flexibility to focus on the continued reopening, to implement commercial and operational excellence initiatives, while driving diversification and digitalization and sustaining our efforts in regard to sustainability as a main pillar of our growth strategy going forward."

During Q3, perfume & cosmetics increased its share and strongly improved performance, underlining its position as one of the core categories within travel retail and continued high demand among customers. The airport channel also gained share in line with continued travel uptake. Spend per passenger and average ticket value remain elevated on a location-by-location comparison.

Performance increased significantly compared to the first half of 2021 with all regions contributing positively. Best performing were the Mediterranean, including Turkey and Greece, Eastern Europe, Russia, Middle East and Africa benefiting from leisure demand and more flexible travel protocols compared to other countries in the region. France, Portugal, Italy, Spain, Switzerland and the UK saw an uptake since July as vaccination campaigns are progressing and authorities are implementing more convenient intra-European travel protocols. Departure destinations with inbound travel to the UK benefited from new regulations related to Brexit and duty free quotas.

Organic growth reached 27.2% compared to 2020 and -85.6% compared to 2019 as international travel is still highly impacted. Due to a zero-Covid approach in the region, travel continues to be impacted with a slight decrease in Q3 due to renewed restrictions in some countries, which have already started to reopen for domestic travel such as China and Australia. As soon as restrictions are lifted, demand is expected to show a fast rebound, Dufry said.

North America has seen further improvements driven by US domestic as well as intra-regional travel, especially to Central America and the Caribbean destinations, including Mexico, the Dominican Republic and the Caribbean Islands. Canada has started to contribute positively, and further openings are expected towards the end of the year including intercontinental travel. South America started to trend upwards, especially in Colombia and Ecuador, even though the health situation and vaccination progress were still at a level below many Western countries.

The regional net sales split saw Europe, Middle East and Africa contributing with 52.1%, Asia Pacific with 1.7% and the Americas with 37.4%. Global distribution centers accounted for 8.7% of Q3 2021 net sales, which was mostly related to the Hong Kong operations temporarily providing supply to the Mova Mall shop in Hainan until the end of 2021.

During Q3 2021, Dufry reported several concession wins. Dufry has extended for another 10 years its duty free concession at Santiago International Airport (AIC) in the Dominican Republic, adding to its presence at the other international airports of this important tourist destination.

Dufry has also extended its contract to operate the tax and duty free store at Cardiff Airport in Wales for a further 12 years, the only major passenger airport in Wales. Furthermore, Dufry extended for five-and-a-half years its duty-free concession at Cambodia’s three international airports in Phnom Penh, Siem Reap and Sihanoukville, which in 2019 welcomed 11.6 million international travelers.

Refurbishments during the third quarter amounted to 4,263 square meters, including stores in Manchester (UK), Athens, Mykonos (Greece), Vancouver (Canada), and several locations in the US, among others, Nashville, New York, Seattle, Los Angeles, and Salt Lake City. The current pipeline of opportunities stands at approximately 35,200 square meters as of end September 2021.

Dufry’s Hainan collaboration entered its second phase with the grand opening of an additional 30,000 square meters during the third quarter, featuring more than 200 renowned international brands at the Global Duty Free Plaza at the Mova Mall in the center of Hainan’s capital Haikou in China. The full retail space covering around 39,000 square meters will be open for travelers in 2022.

At the end of October, Dufry expects to operate around 80% of shops, representing more than 85% of sales capacity.

Locations with stronger exposure to domestic and intra-regional travel and more flexible travel protocols performed well above group average. Dufry’s operations in the US, for example, reached net sales of 74.1% of 2019, and Central America, including Mexico, the Dominican Republic and the Caribbean Islands, stood at 90.4% of 2019 (excluding cruises). Within EMEA, Turkey, Greece, Eastern Europe and Middle East advanced most with October net sales at 89.1% of 2019.

“Current sales trends are encouraging and Dufry will continue to manage reopenings in line with travel uptake and customer demand while driving commercial and operational excellence, engaging in diversification and digitalization initiatives, increasing efficiencies and further strengthening its ESG engagement,” said Dufry.