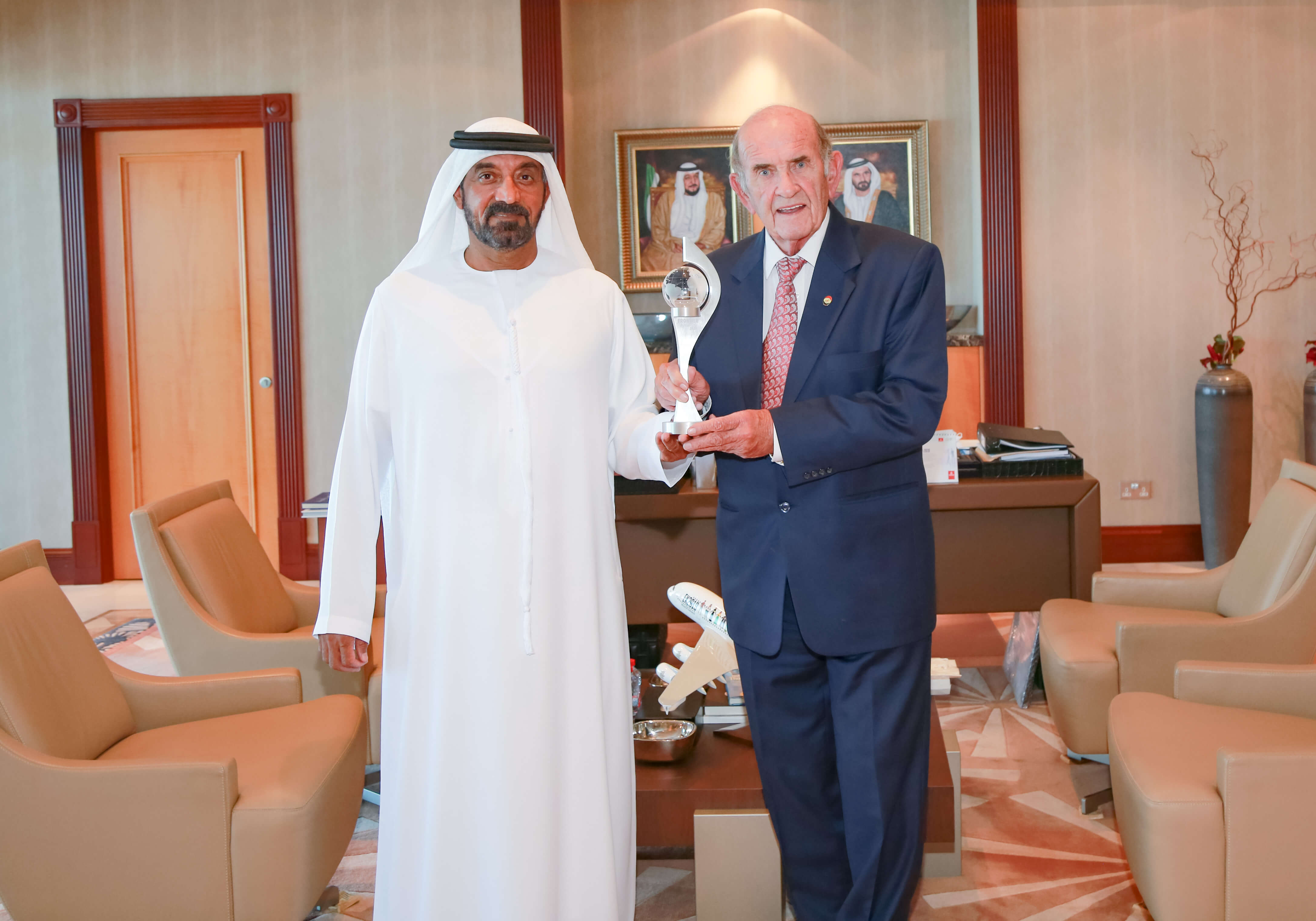 Dubai Duty Free was named Airport Retailer of the Year for a record 10th time at the Frontier Awards held on October 27 at the Hotel Majestic in Cannes, France.

Commenting on the award, Dubai Duty Free Executive Vice Chairman and CEO Colm McLoughlin said: “We are thrilled to receive our record 10th Frontier Airport Retailer of the Year Award. This award will always be treasured as it is a testament of our hard work and commitment despite the challenging year. I would like to thank the organizers and the judges for their support and I join our Chairman H.H. Sheikh Ahmed bin Saeed Al Maktoum in dedicating this Frontier award to each and every member of our staff.”

Hosted by DFNI Frontier magazine, this year’s awards were judged by seven top executives, who chose from many entries from all over the world.

Dubai Duty Free’s continuing achievement both in terms of its sales as well as strengthening its position as an innovative and expanding retail operation despite the impact of the Covid-19 pandemic were some of the key points noted by the judges.

In addition, Dubai Duty Free, along with other duty free and travel retailers, was also presented with a special collective award for Outstanding Contribution to recognized frontline staff.

In 1986, Colm McLoughlin was presented with the Duty Free Person of the Year award and in 2004 a special Lifetime Achievement Award was presented in recognition of his significant role within the duty free industry.

Former Dubai Duty Free President George Horan was also presented with the same award in 2016 following his retirement in June after 33 years of working in the company.

In 2019, Dubai Duty Free’s Emiratization Officer Muna Hassan was named as a recipient of the Talent of Tomorrow Award.